This article was written by my colleague Asif Khan, Realtor with RE/MAX All-Stars. It does a good job of addressing the 'real estate bubble' fear. Asif's comments are applicable to any market.

A housing bubble is defined as “a temporary condition caused by unjustified speculation in the housing market that leads to rapid price increases in Real Estate prices”.
Recently there have been many articles written about the “bubble” and how it will burst in the next few months. Chief Economist David Madani predicted a 50% price reduction through the crash of the housing market in 2011, 2013 and 2015. Garth Turner has consistently predicted a crash since 2009. It’s easy to predict these crashes without having to back them up with real numbers. Let’s take a look at the three contributing factors we need for the “bubble” to burst:
1. Interest rates need to increase dramatically. Now, I don’t mean a 0.5% increase, or even a 2% increase. A $300,000 mortgage at an interest rate of 3% would have a monthly payment of $1,422.61 when ammortized over 25 years. Suppose the rate went up half a point. You would now be paying $1,501.86. An increase of $79.25. A 2% increase, which is highly unlikely and just being used for a dramatic effect here, would see the payment increase to $1,753.76. This would be an increase of $331.16. For interest rates to play havoc on home affordability, you need increases to what we saw in the ’80s (15-18%). Remember, if you are locked into a fixed rate, increases in the prime rate would not affect you, and if you are staying the variable route like I am, you will have the option to lock into a fixed rate when rates are going up anyway. With the Bank of Canada continuing to hold the rate at its low levels, this factor is eliminated from contributing to a housing market crash.
2. Supply vs Demand basics: Demand needs to be exhausted, and supply needs to climb drastically. We are seeing very low inventory levels pretty much across the country. Demand continues to be strong, and multiple offers and bidding wars are still the norm in the big cities. In order to fuel the crash that has been predicted since 2009, supply needs to either equal demand, or become greater than demand. This will put the market in a balanced state and result in price stagnation. The negative pressure that supply creates on price will contribute towards a crash. With inventory levels being as low as they are, and demand at the highest it’s ever been, a crash is highly unlikely as supply cannot keep up with demand right now.
3. Economic catastrophes. Unprecedented job losses and fewer available jobs would get the ball rolling towards an economic catastrophe which could be a catalyst towards a housing crash. This type of economic downturn will decrease the demand for housing and could even cause homes to hit the market as homeowners are unable to afford them. On the flip side, these homeowners will turn to renting, as they still require a place to live. As homes come on the market, speculators and investors swoop in and scoop up these homes to turn them into income properties. A high number of renters entering the market will fuel local and foreign investments in the housing market. As hypothetical as huge job losses may be right now, a downturn in the economy is unlikely to cause a crash of any significant proportion.
WIthout having any of the above catalysts, the experts turn to affordability arguments. These can’t be quantified as easily, and are subjective. When listening to reports of how overpriced the Toronto market is right now, it’s important to ask the questions “compared to what?”. Toronto is running at about $700/square foot right now. Vancouver, Miami, and Los Angelas are in the $1,000/sq ft range. Dubai, London, and Hong Kong come in around $3,000/sq ft. Sydney, Singapore and New York fit into the middle of the pack hovering at around $2,000/sq ft. When compared to other world-class centres, Toronto is poised for an increase in price per square foot. The time to invest here is now.
Demand continues to fuel the housing market in Toronto. 2015 was a record year for units sold. 2016 has continued where 2015 left off. Average price continues to climb at a healthy 6-8% per year. We have never seen rapid price growth, as that which is needed for a bubble to burst. We have always had modest and consistent growth. With banks continuing to be tough on lending, the housing market will continue to be our economic engine. As the numbers come out for the first quarter soon, you’ll again hear from the “experts” like Madani and Turner. They’ll once again come out with reports to scare you into thinking the sky will fall. Their analytical reports will sell papers, and make the news, however you can now approach these with caution. Until you see a catalylst that can alter the Real Estate landscape, the reports won’t mean anything. You’re going to notice real estate activity pick up in the next week or two in your neighbourhood. This activity is common during the spring and summer months. Low oil prices have caused the Canadian dollar to take a bit of a hit. With the Canadian dollar being so low right now, we are seeing a lot of foreign investors come in from Hong Kong, the UAE, and USA. It’s a great time to invest in Canada, and specifically Toronto. With the oil prices starting to climb over the last couple of weeks, the Canadian dollare will get a huge boost. The window for foreigners to invest is closing up quick. Buying now is the key for them to make money on their Canadian investments. Their speculation is completely justified. What does all this mean for us? Well, the low interest rates, and increased equity in our homes put us in a position to make our move as well.
Let’s take a look at your Real Estate portfolio and set you up for your next move, or start looking at income generating properties to help fund your retirement. Give us a call and let’s talk! http://www.homesearchpros.com/blog/toronto-real-estate-unplugged/

April 08, 2021
My recent novel and my day-to-day work life are about those who discover Hamilton and then decide to make it their home. Please join me here as I continue to explore this theme.
Post a Comment
Read more 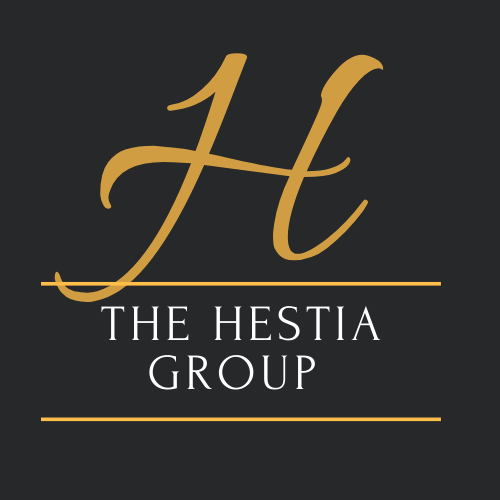